This is not a new year’s resolution kinda deal this is your intention
NOT what you would like to happen or be but what IS going to happen and be for you. The 3-hour workshop will have us placing into the FIRE the old outdated thoughts and stories that we carry with us for way way tooooo long

Time to let that shit go
We will have journal/pen and journal supplied
We will flow with some yoga postures
We will meditate
We will start the fire and ritualise our getting rid of STUFF no longer needed as we move forward.

A new year is a great opportunity to reflect on your growth of the previous year. It’s a good time to review what you’ve learned and how you’ve grown through the inevitable challenge’s life presents. Growth can be painful—but it brings with it proof of our resilience. Looking back over the last 12 months, be grateful for the challenges you’ve been handed. It is in these obstacles that we learn to conquer, discovering the courage it takes to align ourselves with what we truly seek.

The end of the year is designed for us to truly explore our challenges and, ultimately, our successes. We ask ourselves where we could’ve made better decisions; whether we’re living from our hearts and true intentions. Though it’s easy to forget, we have a tremendous amount of control over our lives. The small decisions we make daily lead to different paths. Life is not a pre-set menu. It’s a mystery that unfolds every single day. We don’t have control over what obstacles life throws in our path, but we can control our actions. By setting intentions and keeping them close, we can facilitate the path that we choose.

Setting intentions directs the mind and gives us purpose. When we lose sight of our purpose, a void is created and we can easily stray off our path. Focusing on your heart and what’s important to you creates clarity and self-discovery devoting you to finding your dharma.

This is a workshop suitable to ALL persons.

HAPPINESS CAN BE JUST ONE THOUGHT AWAY

Namaste and thank you
Sue Byrne

This workshop will be suitable for all ranges of student’s abilities
The Asana’s are designed for you to flow, feel and rest
Our focus will be on Top to Toe balancing of our nervous system and energy points (Chakras)
Said as CHA KRA’S
The energy wheel that flows from top to tale
This will be the 2nd last Asana workshop at the OLD YB studio Cannington

MAXIMUM CAPACITY IS 12 STUDENTS, MAKING THIS AN INTIMATE RETREAT WITH LIKE-MINDED FOLK. 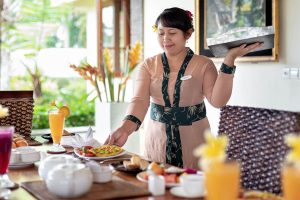 Happiness resides not in possessions, not in gold
Happiness dwells within the soul
Make this retreat your time to feed your soul

Delicious healthy Brunch each day (prepared by a private chef)

Delicious healthy Brunch each day (prepared by a private chef)

Optional private classes and workshops available as part of your package

Farewell dinner on the last night

Bookings or further information to Sue at yogabyrne@gmail.com

1 only place remains
Please call to book your place and avoid disappointment.

Limited to 10 guests but there are still spaces available.

India is a fascinating country with it’s rich ancient history and interesting cultures. I am organising a journey that is filled with spiritual vitality and adventure. We will start in Delhi, 1 night in Agra to see the Taj Mahal at full moon, 3 nights in Jaipur (to complete the Golden Circle) then 5 nights in Rishikesh (the world capital for Yoga) with our final leg visiting Dharamshala (home of the Dalai Lama) for 3 nights before flying into Delhi for the final night of the journey.

We will all make our own way to Delhi to arrive on Sunday 13th however should you wish to arrive in Delhi a few days early to explore the Capital of India (populaton 23 million) I will be there and we can link up with others that choose to come early as well so we can do some joint sightseeing but cost would be own care.

On the Monday we head to Agra by private bus to see the Red Forte and visit one of the ‘7 Wonders of the World’ the beautiful Taj Mahal and then enjoy a rooftop dinner to watch the full moon rise above the Taj.

Then we continue on the private bus and head for the Pink City called Jaipur. There we will visit a number of Unesco sites including the Amber Fort, Jantar Mantar (observatory) plus others as well as having free time to explore this beautiful city.

From there we will fly to Rishikesh which is nestled in the foothills of the Himalayas. It is a melting point of religion, spirituality, yoga, meditation, healing and self discovery. This beautiful little town, also known as the ‘Place of Sagas’ with the fast flowing Ganges running through it, surrounded by forrested hills, fresh mountain air and laid back vibe, makes it a wonderful and intersting place to visit. Ever since the Beatles rocked up at the Ashram of the Maharishi Mahesh Yogi in the late 60’s, Rishikesh has been a magnet for spiritual seekers. Today it styles itself as the ‘Yoga Capital of the World’. Here we will immerse ourselves in the spiritual vitality while experiencing its chaotic hustle.

From Rishikesh we will fly to Dharamshala which is surrounded by Cedar forrests on the edge of the Himalayas (elevation 1457m).This is the home of the Dalai Lama and the Tibetan Government in exile. The Thekchen Choling Temple complex is the spiritual center for Tibetan buddism.

‘Once a year, go someplace you have never seen before’, this inspiringly simple quote which stirs the feeling of wanderlust within us was spoken by his Holiness the Dalai Lama who is recognised as a Holy Persona by the entire world. This hillside city with a high population of tibetans has earned the nick name of ‘Little Lhasa’ with its beautiful buddist monastries, luscious trees, mesmerising mountains and gushing waters, the sheer majesty of it all will simply take your breath away.

I would love for you to join me on this adventure so to obtain full details of what is included and all the planned activities please contact me to receive the full flier.